I love going to the movies but that Dolby sound is deafening; decibles louder than I need. My hearing isn’t what it used to be yet it’s still too intense. Even sitting at the highest level doesn’t make any difference to how earsplitting I find it. Maybe it’s geared to the youngsters already half-deaf from listening to all their loud music. Do movie makers assume they’re giving us the ultimate experience or that we’re ALL hard of hearing and they’re doing us a favour, especially the seniors? I wonder if they are doing harm? 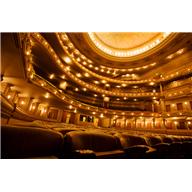 If I had dentures, they would have cracked by now. Somehow I manage to acclimate by the time the previews are over and I don’t think about the volume as I get lost in the movie but I DO get somewhat light headed.

Blast them out of their seats!

Nobody pays to see a movie and then falls asleep, right? Actually, yes. I have a friend who does and has for a long time. She’s even ten years younger than I am. Yeah. She can’t explain it either. To my way of thinking you’d have to suffer from narcolepsy or be dead to be found unconcious at the movies but she doesn’t and isn’t. I wonder if anything’s really wrong and needs testing. She doesn’t think so.

In the old days, theatres accommodated a bigger audience in ONE large screening room with a bonus second film. Nowadays they’re built to show say 10 movies in separate bingo card-sized screening rooms presenting ONE movie only; no second feature. And now you get to watch commercials too just like at home. Whoopee, I’m sure glad I’m getting my money’s worth.

I don’t go to the movies as often as I would like but if I did, I’m sure I’d be stone deaf by now. Already, I don’t understand ‘s’  and ‘sh’ sounds on the telephone. Usually I punch the speaker button to make sure I don’t miss anything or embarass myself like I used to before we had that high tech capability. What? Aye? Could you please repeat that? Uaah?

My daughter laughs when I misunderstand her. SHE thinks it’s funny. My seven-year-old granddaughter doesn’t like repeating herself and gives me a funny look. Actually, I’m not really that bad but mostly have trouble hearing if the television or radio are on at the same time as someone’s talking (or the kids are bouncing off the walls and being noisy and rambuctious). I wonder if that means I’m also losing my ability for multi-tasking the way I once could. I hope not.

Lately, I’ve become aware that I like people to face me while speaking. No, I don’t read lips—yet. My daughter tells me her aged, half-blind poodle is deaf. Either that’s true or she has selective hearing. The dog seems to understand just fine when I ask her, “Shania, wanna go peepee?”

Of course she’s looking right at me when I ask her. If she’s in fact deaf, than how come she can read lips and I can’t? We’re about the same age.