Yesterday it rained all day. Like a day in late spring, it was also warm (16 degrees Celsius)—hard to get my head around.

This morning, the world was white as alabaster and the trees looked like Christmas. Snowflakes crowded each other as they raced towards earth, swirling downward—huge, fat and abundant.

Because I don’t understand, I’m a bit worried. What the heck is REALLY going on? Some scientists say bah humbug. Others warn us. What’s believable? The saying goes there are two sides to every story. Are there two sides or is there only one? WHICH one? Is this a warning or is it just the weather repeating itself from another time in history—the Ice Age ? After the Ice Age? What? Maybe I’m just scrambling here. . .

I’m no scientist but I wonder if we shouldn’t all be doing SOME-thing MORE. But what? Where I live in Canada, we’ve had an unusual winter (again after 2010/2011). Today, we had icy roads which caused slowdowns and a tri-zillion vehicle accidents following yesterday’s rain and mild weather. Exits were closed because of pile-ups. Traffic crawled because of road conditions. Even the school bus was late—super late. Thank goodness our next door neighbour decided to take his little guy to school himself after we waited and waited for the school bus. Would I like him to take Hanna too? Yes please and thank you! I had another (sick) little one sleeping in the house so I couldn’t make the trek. 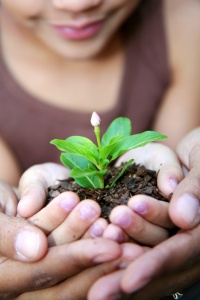 This has been another peculiar winter though a little different from last year. We’ve had (less) snow, only three times this winter. The weather’s been so unseasonal again; little green spring shoots were confused and peeked above the surface several weeks ago. With this sudden cold spell, they’re probably done for. Last year we had snow after the robins had already arrived and a couple of days into the new spring. Little green shoots got disoriented then too. With hardly any snow this past winter, what will the ground be like for planting season this year I wonder?

I know that recently tornados have devastated countless communities and reigned havoc on incalculable innocents in the U.S. I tend to believe that there are also more of those than before. Weather has been reigning countless adverse / unexpected changes EVERY-where. Can we turn a blind eye anymore?

Just like misery loves company, this is food for thought. Just saying . . .

Experience the depth of courageous souls who love so fiercely they embolden us to rise after falling.