I’ve been held up doing the rounds since I started poking around a bit yesterday. Thank you for the lovely e-mails over the summer although I avoided my keyboard most of the time. I wasn’t home much and at times my laptop was broken under attack of one kind or another.

I confess the summer vanished much too quickly. Whoosh! You cannot believe the trying circumstances situations I found myself in time and again. Nothing like a little excitement to keep the old ticker going, or more likely, almost squash it like a plum.

The top three headliners of my summer were:

I won’t bore you with the rest of it.

Some pluses were spending a couple days with one sister and a couple more in cottage country with all four sisters.

Now, I n.e.e.d. a vacation. My fourth sister to retire did so in April and when I heard her ‘thinking’ how to celebrate, I was in. Snap! Yeah like that and asked point blank where she wanted to go and I was coming.

We are going to Newfoundland and Labrador soon. Exchange rates for the Canadian dollar are heart-stopping and I’m glad Mary found something domestic. Sigh. A vacation is a vacation—no, she’s not paying… Maybe I should have negotiated that small detail.  *giggles* This sounds an amazing corner of Canada with mind-boggling views.

There you have it. I’ll be flitting in and out for the next week and a half and then take to the sky and away for a couple weeks.

I appreciate all of your welcomes and smiles. Feels like I’ve been away from home, but now I’m back.

When I come back, my worth ethic will change. Instead of clearing the decks (e-mail, blogging, commenting) first thing every day, I won’t get to any of that till much later in the day. I may not be a constant as before, but I plan to visit every chance I get.

What’s with WordPress making unwanted changes again? I don’t like Reader and I’ve noticed now one follows in Reader. Sheesh. Another thing: why makes the menu bar spastic and how does one stop it? 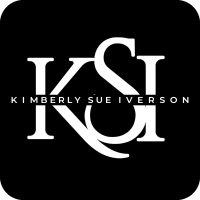 Experience the richness & depth in stories layered with heart & soul.